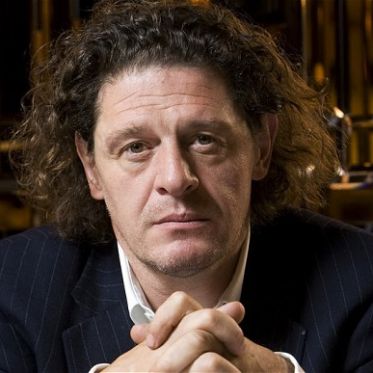 Are Tasting Menus the Way Toward “Art”?

Cooks, Chefs, or Artists? Photos (at NYC’s Breslin) by Donna Turner Ruhlman. “I always say this to the young chefs and mean it: The customer is excited, he says you are an artist, but we are not, just craftspeople with a little talent. If the chef is an artist, he doesn’t succeed. Why? Because he is inspired today but not tomorrow. We cannot do that.” —Andre Soltner (quoted in Forbes , May 2012) Back in in the fall of 2008, nearly five years ago, I moderated a discussion between Tony Bourdain and Marco Pierre White (insofar as those two former chefs can be moderated at all). MPW railed against the multi-course tasting menu, and Bourdain reiterated it, while Grant Achatz , feeling personally attacked, fumed in the audience. As I pointed out in a post addressing the event,  The End of the Multi-Course Tasting?  (scroll down past Tony’s curious remarks), I found it ironic that MPW was criticizing the very form of dining that had earned him his fame—high-end, highly egotistical food. I also thought it a little un-self-aware that these two celebrities criticize tasting menus given the fact that both he and Bourdain get clobbered with food by chefs eager to impress their culinary heroes, when all they really want is a good burger. Now it seems that the issue is back with an attack on tasting menus by Corby Kummer in February’s  Vanity Fair  (it’s been out for a month) and Pete Wells’s more balanced article in the NYTimes last fall . It should come as no surprise that I’d take issue with the Kummer story as he maligns a friend with whom I’ve worked since 1997, Thomas Keller, recalling not only the meal that made The French Laundry the number one restaurant in the United States , but a subsequent meal a few months later that “felt like a form of torture.” I was actually there that night, and in the kitchen when Kummer stood at the chef’s station interviewing Keller and typing away on his laptop as Keller patiently responded to questions, and I had spoken with Kummer at length about what I was learning. I happened to have had a really good meal that night myself—I was there working on The French Laundry Cookbook —and don’t recall Kummer’s writing about the torture he experienced then. Now he’s railing against chefs’ power grab and taking the diner hostage—MPW was famous for throwing customers out back in the 90s—from a seat that is as rarefied as those held by MPW and Bourdain. I guess what bothers me most about Kummer’s article is not what he says but rather the tone of hysteria that infuses the essay, the vehemence of his emotions about restaurant dining when, really, there are a lot more interesting issues, if not pressing ones , to report on. Wells has been charged with the task of being the consumer’s guide for the country’s paper of record, a serious responsibility. Kummer, in what is a kind of reported editorial rant, criticizes as from a throne, seeming to enjoy the sound of his own voice rather than offering useful opinion. I get hysterical over a lot of things, but the tasting menu isn’t one of them. If I don’t want to eat that way, I don’t go to the restaurant. Wells’s and Kummer’s articles do make clear how difficult a tasting menu is to do, judging from the displeasure these professional writers about food experienced. It’s not simply about serving a lot of courses, it’s about balance. Yes, chefs are competitive, they want to impress, they want to stay fresh, avoid becoming bored, and in their zeal can certainly go overboard. But ultimately, a restaurant is a business, not an art museum, and the marketplace will decide whether a chef’s tasting menu succeeds or not. The last three tasting menus I had (at Momofuku ,  Le Bernardin , and Next, the Japanese menu orchestrated by chef  Dave Beran ) were exemplary—exciting to eat throughout, each completely original, not overly long, and leaving us happily sated and not uncomfortably full. I do think it’s a danger when a chef considers himself or herself an artist—much of our culture seems to take this for granted, and Kummer concludes his tirade with what he calls hopeful food-and-cooking-is-craft-not-art quotes from two other Frenchmen closer to Soltner’s era. Chefs who consider themselves artists are indeed setting themselves up for failure, as Soltner cautioned any cook who would listen. Only once they have become a superlative craftsman ( Grant Achatz comes to mind, raising the dining experience to a kind of performance art) should they even attempt to raise food to the level of art. Thomas Keller, at his cooking zenith, always, and proudly, called himself a craftsman and would do so today, though he’s Chef-CEO, not Chef de Cuisine. But I would ask even those who self-consciously consider themselves artists, what is the purpose of turning food into art? What is the purpose of art? As Joseph Conrad wrote, the purpose of art is to make us see . And rare is the chef who transforms the way we see the world. If you liked this post, then check out these other posts: Chefs weigh in on the issue at eater.com . My post on Donna’s lunch at Thomas Keller’s Per Se Looking for other top-notch places to dine? Look at the Michelin Guide . Next Restaurant in Chicago is always serving up a new tasting menu. The New York Times Dining section  is a must read. © 2013 Michael Ruhlman. Photo © 2013 Donna Turner Ruhlman. All rights reserved.