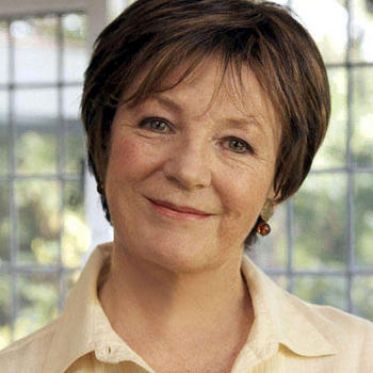 2 lbs large shrimp , in their shells or 1 lb cooked and cleaned large shrimp 1 crisp-hearted lettuce , such as Cos 1 ounce rocket 1 ripe but firm avocado cayenne pepper 1 whole lime , divided into 6 wedge-shaped sections 1 PRAWNS:. 2 The very best version of this is made with prawns (either fresh or frozen in their shells) that you have cooked yourself. 3 Failing that, buy the large cooked prawns in their shells, or if you can only get shelled prawns, get those. 4 To prepare them: if frozen put them in a colander and allow to defrost thoroughly at room temperature for about 1 hour. 5 After that, if using uncooked prawns, heat a large solid frying pan or wok and dry-fry the prawns for 4-5 minutes until the grey turns a vibrant pink. 6 As soon as they're cool, reserve 6 in their shells for a garnish and peel the remainder. 7 Then take a small sharp knife, make a cut along the back of each peeled prawn and remove any black thread. 8 Place them in a bowl, cover with film wrap and keep in the fridge until needed. 9 TO MAKE THE SAUCE::. 10 Take mayonnaise and add it to the rest of the sauce ingredients. 11 Stir and taste to check the seasoning, then keep the sauce covered with film wrap in the refrigerator, until needed. 12 ASSEMBLY. 13 When you are ready to serve, shred the lettuce and rocket fairly finely and divide them between 6 stemmed glasses, then peel and chop the avocado into small dice and scatter this in each glass amongst the lettuce. 14 Top with the prawns and the sauce, sprinkle a dusting of cayenne pepper on top and garnish with 1 section of lime and 1 unpeeled prawn per glass. 15 Serve with brown bread and butter.

8 ounces celery ribs 1 1/2 ounces Stilton cheese 2 tablespoons low-fat creme fraiche 2 tablespoons breadcrumbs 1 tablespoon butter , melted celery salt 1 Preheat oven to 400 degrees. 2 Lightly butter a small gratin dish. 3 Put a pot that can fit a steamer basket on to boil (you can also use an electric steamer for this step later on if you prefer). 4 Start off by trimming the celery stalks and cutting them into 3 to 5 inch lengths so they fit snugly into the gratin dish. 5 Peel them to get rid of any stringy bits. 6 Put them into the steamer basket or in an electric steamer and steam for 7 minutes. 7 Arrange the celery over the base of the gratin dish and add some seasoning. 8 Crumble the Stilton all over the celery, tucking it into any gaps as well. 9 Spoon the creme fraiche over the celery, using a spatula to spread it evenly all over the surface. 10 Toss the breadcrumbs in the melted butter, then sprinkle them evenly over the top and give them a light sprinkling of celery salt. 11 Put the dish in the centre of the preheated oven and bake for 25 minutes, until the top has browned nicely and the celery stalks are tender.

150 g plain flour (5 oz) 1/2 teaspoon baking powder 1/4 teaspoon salt 1 egg (size 2) 40 g caster sugar (1 1/2oz) 110 ml milk (4 fl oz) 50 g butter , melted and cooled slightly (2 oz) 1/2 teaspoon pure vanilla extract 110 g small blueberries (4 oz) 100 g pecan nuts , finely chopped (4oz) 10 demerara sugar cubes, crushed oil or butter , for brushing 1 MUFFIN MIXTURE: Start off by sifting the flour, baking powder and salt into a large bowl. 2 In a separate bowl mix together the egg, sugar, milk, melted butter and vanilla extract. 3 Return the dry ingredients to the sieve and sift them straight on to the egg mixture. According to Delia Smith, this double sifting is essential because there won't be much mixing going on. 4 Take a large spoon and fold the dry ingredients into the wet ones - quickly, in about 15 seconds. Don't overmix. 5 Fold in the blueberries and half of the chopped pecan nuts (50g), again with a minimum of stirring. 6 Grease your muffin tins or use paper cups. 7 Spoon in just enough mixture to fill each muffin cup. 8 TOPPING: Mix the remaining pecan nuts (50g) with the crushed sugar and top your muffins. 9 Bake on a high shelf of the oven for 20 minutes for mini's or 30 minutes for regular ones. Oven temperature: 400°F / 200°C. 10 Remove the muffins from the oven and cool in the tins for 5 minutes before transferring to a wire rack. If they are in paper cases remove them from the tins straight away.

95 g butter 175 g digestive biscuits 1 Pre-heat the oven to gas mark 4, 350 degrees Farenheit, 180 degrees Celsius. 2 Traditional Key lime pie has always had a crumb crust, begin by placing the butter in a pan over the lowest heat to melt, then crush the digestive biscuits. The easiest way to do this is to lay them out flat in a polythene bag and crush them with a rolling pin, rolling over using a lot of pressure. Now empty the contents of the bag into a bowl and mix in the melted butter. Next place the butter-crumb mixture in the flan tin and, using your hands, press it down evenly and firmly all over the base and up the sides of the tin. Then place it on the baking sheet and bake on the centre shelf of the oven for 10-12 minutes, or until crisp and golden brown. 3 While that's happening, place the egg yolks and lime zest in a bowl and, using an electric hand mixer, whisk them for about 2 minutes, or until the egg has thickened, then add the condensed milk and whisk for another 4 minutes. Finally, add the lime juice and give it another quick whisk, then pour the whole lot on to the baked crust and return it to the oven for another 20 minutes. Ten minutes in, add the meringue mixture. Now remove it from the oven and, when it's completely cold and chill until needed. Serve. 4 _This recipe is adapted from How to Cook Book Two._.

After the disappointment with American version of “The Great British Bake Off” I wasn’t sure I would watch “The Great Australian Bake Off” , but when I read that Dan Lepard would be one of the judges I immediately changed my mind: I’m a huge fan of his amazing recipes, each and every one of them I have tried so far turned out delicious. The other judge is Kerry Vincent and the woman is merciless: her sour comments and lack of tact drive the contestants to tears – she’s a crankier version of Paul Hollywood, while Dan is absolutely adorable, much like Mary Berry (I like him even more after watching the episodes). I had never heard of Kerry Vincent before and kept thinking that Delia Smith could be an excellent judge for the show, but I guess that being Australian is a requirement (I had no idea Lepard was an Aussie). :) The show is not as good as its British cousin, but it’s way better than the American version – I highly recommend it for those of you baking fanatics (like me). :) Speaking of Delia, this wonderful cake is an adaptation of a recipe that comes from her latest cookbook , which is packed with superb baked goods and beautiful photos. Apple, raspberry and pecan muffin cake slightly adapted from Delia's Cakes (I bought mine here ) 275g all purpose flour ½ teaspoon ground cinnamon 1 level tablespoon baking powder ¼ teaspoon table salt 170ml whole milk, room temperature 75g granulated sugar 2 large eggs 110g unsalted butter, melted and cooled slightly 1 teaspoon vanilla extract 2 small Granny Smith apples, peeled, cored and in 1cm dice 100g raspberries, frozen and unthawed 1 heaping tablespoon demerara sugar 75g pecans, roughly chopped icing sugar, for dusting Preheat the oven to 190°/375°F. Butter a 20cm (8in) round cake pan with a removable bottom, line the bottom with a circle of baking paper and butter the paper as well. In a medium bowl, sift together the flour, cinnamon, baking powder and salt. In a large bowl, whisk together the milk, sugar, eggs, butter and vanilla. Sift the dry ingredients over the egg mixture and fold in with a fork – do not overmix; fold in the apples, then transfer the batter to the prepared pan. Sprinkle the batter with the raspberries, then the demerara sugar and finally the pecans. Bake the cake for about 1 hour, checking after 50 minutes – a skewer inserted in the center should come out clean. Cool in the pan over a wire rack for 30 minutes, then carefully remove the cake from the pan using the removable bottom. When completely cooled, invert the cake onto a place, peel off the paper, then invert it again onto a serving plate. Dust with icing sugar before serving. Serves 8-10

450 g celery (trimmed) 50 g butter 200 g potatoes (peeled and diced) 1 small onion (finely chopped) 570 ml vegetable stock 150 ml single cream 150 g Stilton cheese salt and pepper 1 seperate stalks of celery from base and trim, reserve leaves for garnish- trimmed stalks should weigh 450g, trim outer stringy bits. scrub rest in cold water and drain, slcie across in thinnish slices. 2 in medium saucepan melt butter, stir in celery, potato and onion, stir everyting around to coat with butter put on lid turn heat low and sweat for 10 minutes. 3 uncover add stock and bring to simmering point cover again and cook for 30 minutes test veg for tendereness if not recover and cook until they are. 4 whilst this is going on prepare croutons heat olive oil in large frying pan and add cubes of bread keep them moving turning around and upside down until they have turned a deep golden brown colour and have become very crunchy and crispy, drain on kitchen paper. 5 remove saucepan from heat stir in cream then liquidise soup with crumbed stilton until quite smooth, retunr soup to rinsed out pan and reheat very gently taking care not to boil. 6 taste and season serve with croutons and celery leaves.

Cooktime24 is a recipe search engine that helps you find recipes with advanced filters like ingredients, categories and keywords.
Cooktime24 does not host recipes, only links to other sites. | FAQ | Privacy
Copyright 2022 ® v3 - Contact